Tuna - Fishing For The Linebacker Of The Ocean 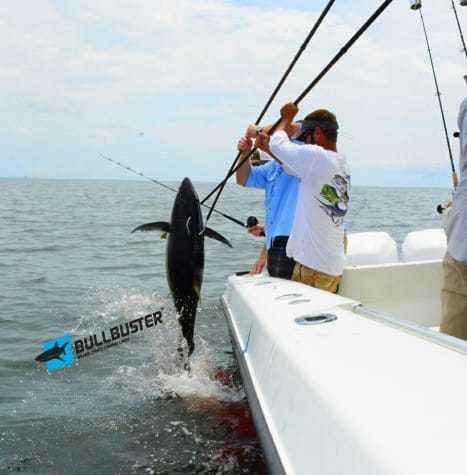 #BullbusterAmbassador Cpt. Jeff Sneider pulling in a nice yellowfin tuna off the coast of Venice Louisiana.

Tunas are the linebackers of the sea which make them excellent sportfish. They are big, strong, fast, and agile (characteristics of a good linebacker). To make matters even better not only do tunaâ€™s put up a good fight, but they make for excellent table fare.  In this article we are going to cover tuna fishing in detail.  Below you find plenty of resources about tuna, where to find them, how to catch them, tuna fishing history, and last but not least how to cook them.

Three Of The Most Sought After Tuna In The Ocean

There are a number of different types of tuna that can be found all around the world.  In this article we wonâ€™t cover exotic tuna like dogtooth tuna or other smaller members of the tuna family such as the skipjack, or the bonita. Instead, we will be covering the tuna that you will most likely target if you are fishing for tuna in your hometown, or a dream fishing destination. 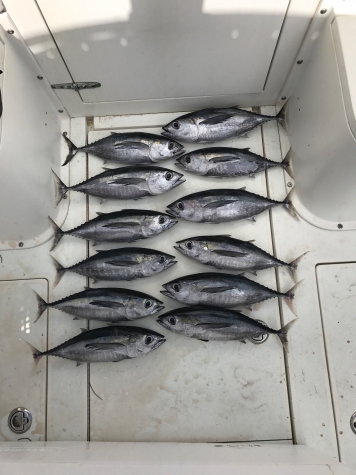 The blackfin tuna is one of the smaller tunaâ€™s targeted as a gamefish.  They average around 7 Lbs but can reach up to 50Lbs.  These tunaâ€™s are often targeting by trolling, vertical jigging, or using live bait methods such as slow trolling, drifting and kite fishing.  Blackfin tuna are found mixed in with schools of small yellowfin and large bonitas.

In the United States Blackfin tuna can be found migrating from the Gulf Coast States , the Florida Keys, and the East Coast up to Virginia.  The prefer waters up to 70 degrees.

Want To Learn How To Catch Blackfin Tuna?

Learn how to catch blackfin tuna by reading tips and reports written by Bullbuster Ambassadors on Blackfin Tuna. 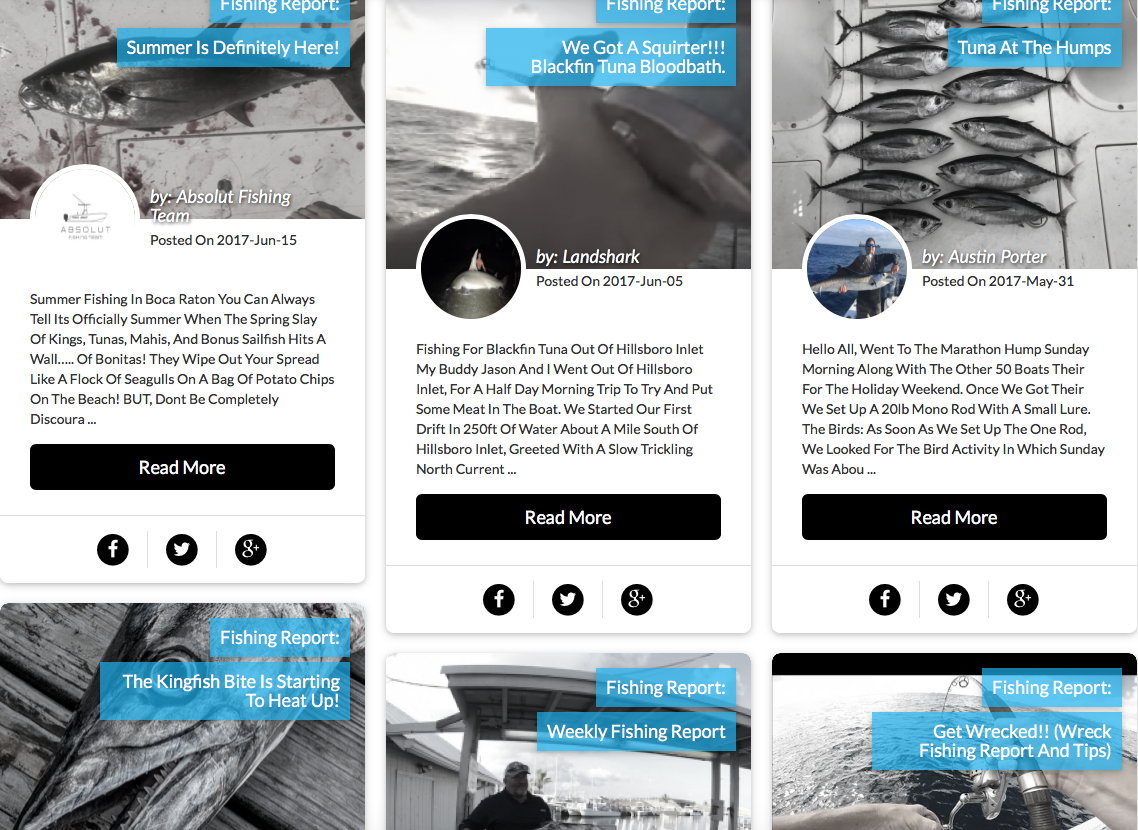 Find Out How To Cook Blackfin Tuna  - While blackfin tuna might not be sushi-grade bluefin, it definitely makes a good eat, especially if you know how to cook it.  We prefer eating smaller blackfin tuna because you will get better quality meat out of them. We put together a few recipes below on how to cook it. 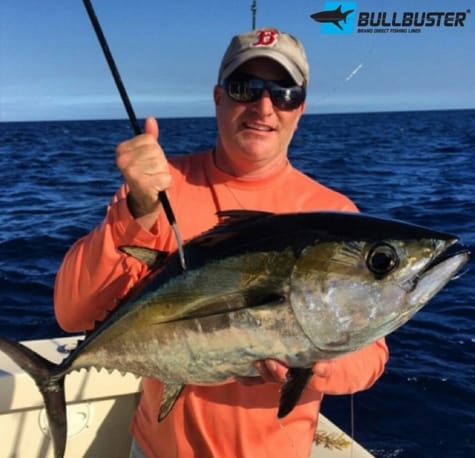 The photo above was taken of a fat blackfin tuna caught off of Miami, Florida on 20 Lb Bullbuster Monofilament by #BullbusterAmbassador Double Threat Fishing Charters. 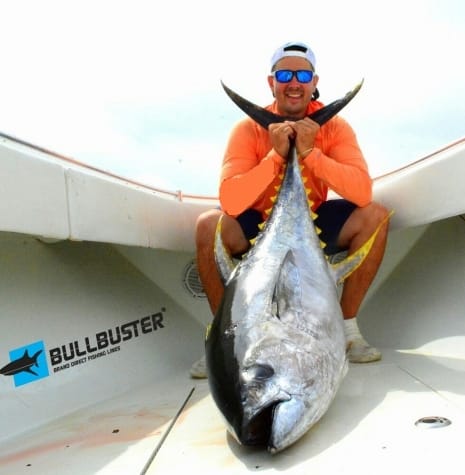 Yellowfin tuna is one of the most sought after Tunaâ€™s in the world.  Not only because they are amazing to eat, but because they have a huge range (they do well in water temperatures between 65 and 88 degrees fahrenheit).  They can be found both in the Atlantic and Pacific Oceans and grow up to 400 Lbs, although the average yellowfin caught is 40-50 Lbs in most parts of the world.

The video below was taken by #BullbusterAmbassador Cpt. Jeff Sneider of a big Yellowfin Tuna coming up to the gaff.

Read the tips and reports for catching more yellowfins written by #BullbusterAmbassadors here on the Bullbuster Community.  (Check Out Yellowfin Tuna Fishing Resources) 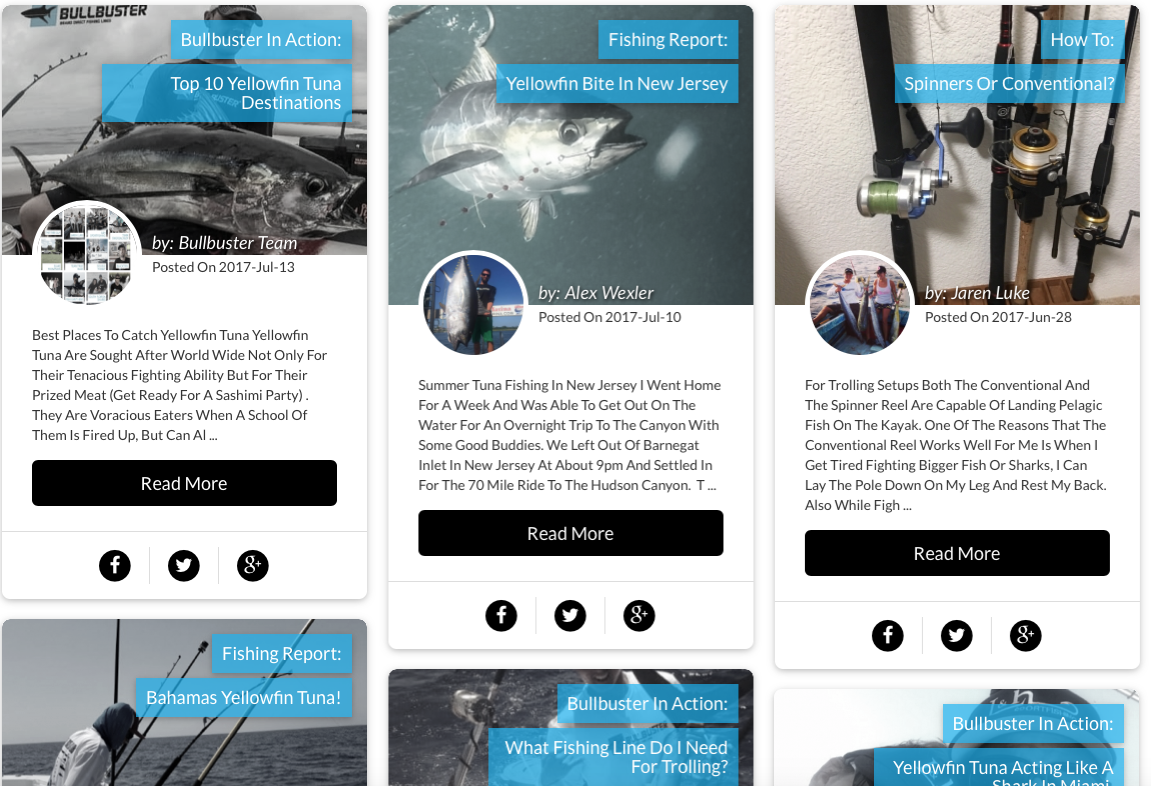 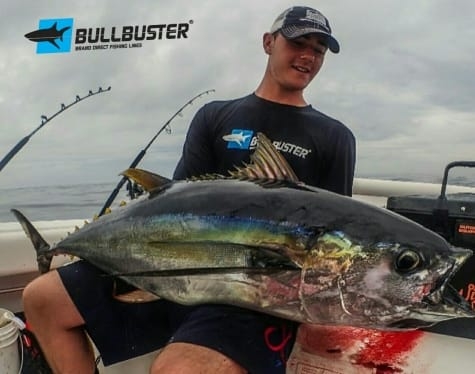 Check out the top 10 places in the world to catch yellowfin tuna.

Want To Learn How To Cook Yellowfin Tuna? 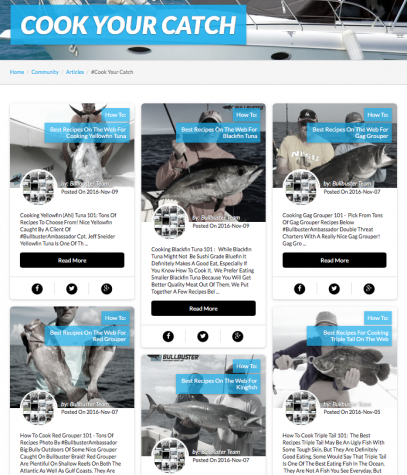 Yellowfin tuna is one of the best eating fish in the ocean. It is so good in fact that a lot of times the less you cook it, the better it is.  We put together a ton of recipes for yellowfin tuna all into one place.

We have recipes for you sushi lovers who already have your mouths watering and your rice cookers going, recipes for the grill masters out there, the skillet pros, and  a little bit of everything in between.  Looks like you are going to have to do a lot of fishing to try them all! (Learn More About The Best Yellowfin Tuna Recipes) 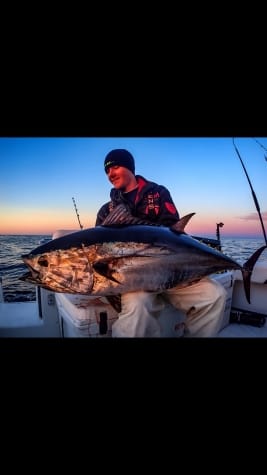 Bluefin tuna are the largest and most famous of the tuna.  They can reach up to 1500 Lbs and have a long history of being targeted by big game fishing greats such as Zane Grey and Ernest Hemingway.

Learn about the history of the Bluefin Tuna:

Learn how to fish for Bluefin Tuna on spinning tackle! 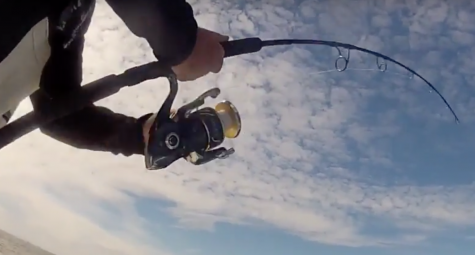 Tour Our Factory Below