Everything You Need To Know About The Diawa Tanacom

About The Diawa Tanacom Series 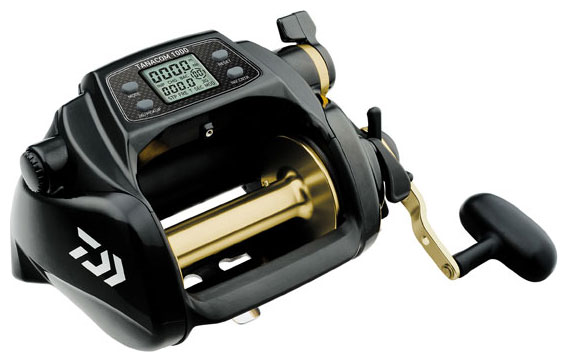 These reels are really badass. They are very versatile with their functionality. This is a reel you can kite fishing with, deep drop, even jig!  Yea it has its own jigging function, you can stick it in your rod holder and press jig and the reel will actually jig for you. Another cool feature is that you can set a pre stop, so your swivel connection will not hit your rod and break your guides.  We hope that you enjoy this in depth guide about the Diawa  Tanacom.

3 Main Uses For The Diawa Tanacom

If you want to get more in depth on the three uses for this reel you can scroll past the video reviews below and get down to the applications of this reel.

Reviews For The Diawa Tanacom Series

How To Use All Of The Settings On The Diawa Tanacom

In this video â€œDiawa Australiaâ€ shows you how to work with this hi-tech reel and how to play with the settings without breaking your reel.

Review Of The Diawa Tanacom 1000

This video review of the Diawa Tanacom Series posted by â€œBill Ruthâ€ shows talks about some of the cool functionalities (like the fact that the reel can jig on its own).  He also shows the speed and power of the reel.

Testing Out The Diawa Tanacom 750

In this video posted by â€œBarry Chanâ€ you get to see some of the basic functions of the Diawa Tanacom in action.  There is no question that this is a fun reel to play with.

Deep dropping is exactly what it sounds like.  Dropping that bait DEEP. Deep dropping can be distinguished from bottom fishing when you are dropping baits deeper than 300 feet. Most anglers who deep drop and have a good depth sounder or good numbers can find an abundance of tasty bottom fish. Deep dropping is often employed as a way to fill the cooler quickly.

Fish caught on the bottom in deeper waters often congregate in large numbers and are usually pretty good eating fish and are not hard to get to bite.

What Species Are Caught While Deep Dropping?

Common Snappers Caught While Deep Dropping In The Caribbean:

Common Groupers Caught While Deep Dropping In The Carribean:

What Tackle Is Used For Deep Dropping?

Because of the depth and the depth of the water and the size of the lead required anglers often use electric reels to target the deep water fish. A Diawa Tanacom is on the smaller end of the electric reels for deep dropping, but that doesn't mean the thing does not pack a punch. Anglers who use Diawa Tanacoms for deep dropping often use 65Lb - 80Lb braided fishing lines to slice through the water with lighter weight and get down to those fish.

Most anglers who deep drop use a heavy leader (300LB Test Plus) for multiple uses and fish multiple circle hooks. The rig which can be up to 8 feet long often has 3-6 hooks circle hooks and ends with a snap swivel to connect a large lead.  Leads can be anywhere from 2 Lbs up to 15 lbs depending on the depth and current speed where fish are being targeted.

(Check Out This List Of Deep Drop Rig Manufacturers)

What Baits Do Anglers Use For Deep Dropping?

The two most important factors for deep dropping baits is scent and staying power. You are dropping a bait several hundred to over 1000 feet down there is very little light down there.  You want the fish to be able to smell it and then to be able to bite at it for a while until each hook has a fish on it.

Common Baits For Deep Dropping Include:

You May Also Use Your Diawa Tanacom For Kite Fishing

For kite fishing you are going to want to spool your Tanacom similarly to your deep dropping setup using 65Lb -80Lb braided fishing lines.

Kite Fishing Basics Explained: (The Diawa Tanacom Is The Reel You Connect To Your Kite)

We found two great videos to explain the basics of kite fishing. Both cover similar stuff but it doesn't hurt to see two different people explain the same concept. Watch both and see what you get from each.

The first video is by Peter Miller who along with his team on the Get Lit became a world sailfish champion while kite fishing in Key West, he is now the host of the hit TV show Bass To Billfish that brings people from around the country to fish in Florida.

1) Put a balloon on the back of your kite so that you don't loose your kite if you dump it!

2) He prefers using stainless steel kite rings instead of ceramic rings, because they have had ceramic rigs break.

3) Adjust your weight depending on the wind speeds.

3) Keep your float a few feet out of the water and use it as an indicator.

Trolling From Kites For Tuna:

A less well known application of kite fishing is trolling for tuna.  This is a great video explaining how to troll for tuna by Cpt. Carlos Vazquez of  Pochos charters in Mexico.

2) Use a trailer hook for better hookup ratios.

3) The further back the flying fish the better for swimming action.

Diawa Tanacom As A Jigging Reel

Diawa Tanacoms were designed for jigging, they even have special setttings for this application.